Three BROOKES|Rowing eights travelled to London on Saturday to race in this year’s Women’s Head of the River Race. The race was part of a long weekend of racing which also incorporated the Head of the River Race and Schools Head- the first time all three have been run in this format. There were a record 320 entries at Women’s Head- more than the men’s race for the first time ever. The women’s 1st VIII, featuring GB Rowing Team member Annie Withers, finished in a very strong sixth place overall, winning the senior pennant for the first time in the club’s history. The 2nd VIII put in a great row 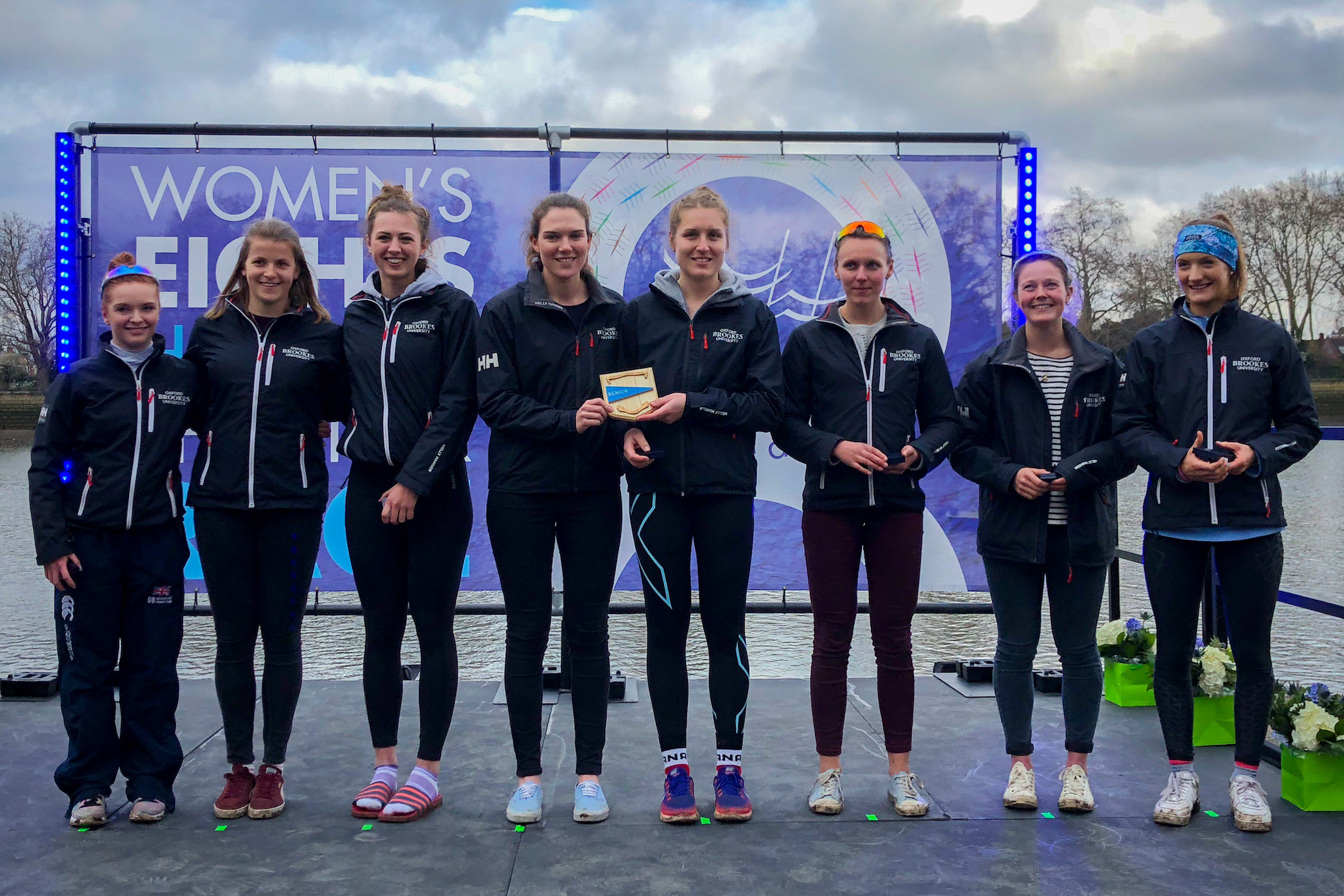 The BROOKES|Rowing men’s squad made history this weekend, where they were victorious over the two Cambridge University crews who will take part in the Boat Races in three week’s time. This is the first time a Brookes crew has beaten both Oxford and Cambridge in the same year, and it is testament to the strength in depth of the squad that the 2nd VIII also beat both Goldie and Isis. The Cambridge Blue Boat won the toss and elected to take the Surrey station for both pieces. The first ran from Putney to Chiswick steps. It was Cambridge who scored the first blow, and by Fulham Football Ground, the light

BROOKES|Rowing opened their spring season this weekend against local rivals the University of Oxford. Two men’s and two women’s crews lined up on the Tideway in one of the official Boat Race fixtures- which takes place on 24 March. The highlight of the day was the Men’s 1st VIII winning both pieces against the OUBC Blue Boat. All races featured two pieces- the first from Putney to St Paul’s, and the second from Chiswick Eyot to the University Post. In the men’s race, Brookes made the first move and had edged out to a few seats by the end of Putney Embankment. They drew out to almost a length by

This Saturday 24 February, BROOKES|Rowing will open its spring racing season against local rivals, the University of Oxford. The top two eights from the men’s and women’s squads will battle it out against their dark blue counterparts over two pieces on the championship course, where Oxford will race Cambridge University in 4 weeks time. Timings for the races can be found below: Women’s 2nd VIII vs Osiris @ 15:30 Women’s 1st VIII vs OUWBC Blue Boat @ 16:00 Men’s 2nd VIII vs Isis @ 16:20 Men’s 1st VIII vs OUBC Blue Boat @ 16:45 The men’s squad will face Cambridge University the following week, with the women heading to Reading 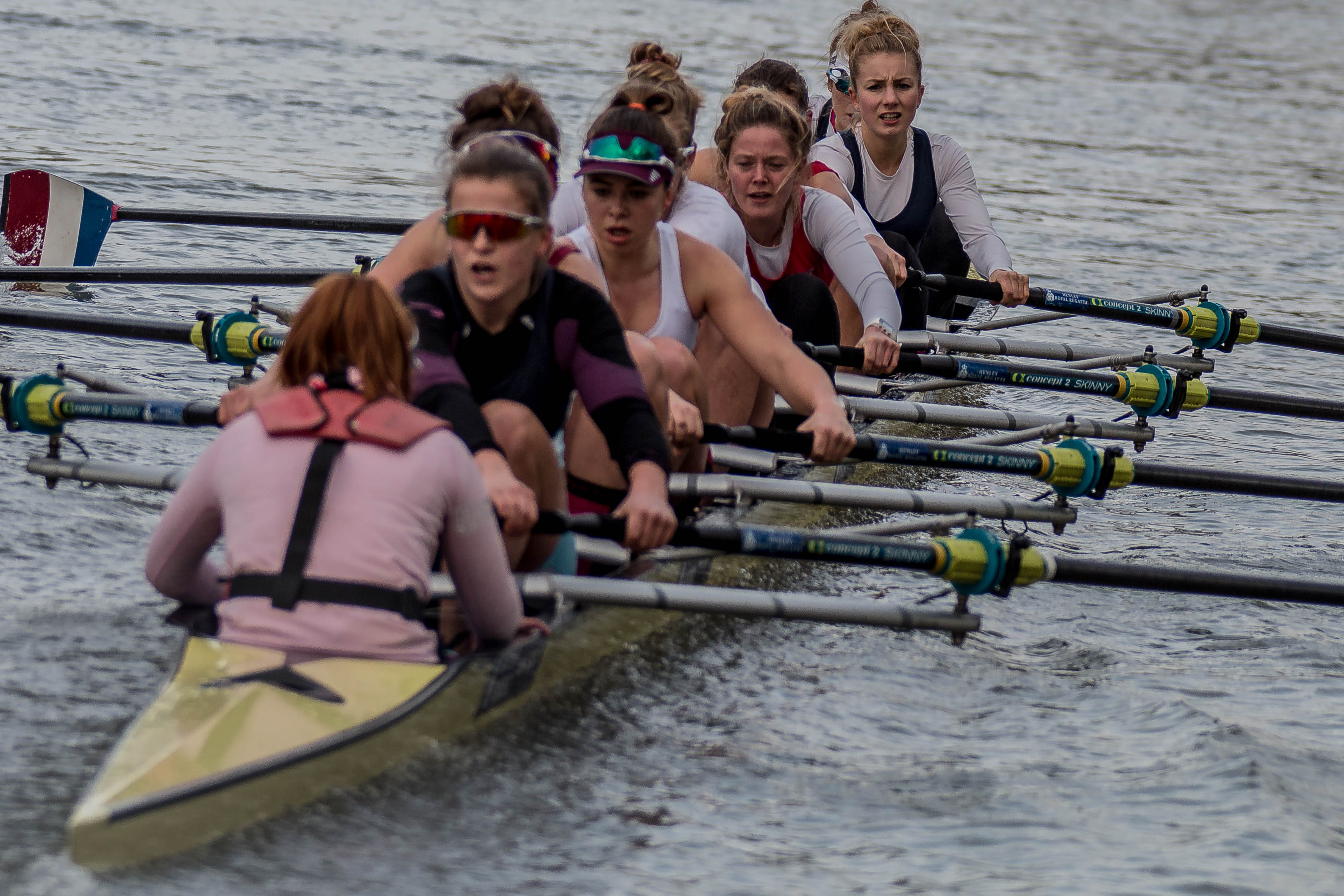 Final year student Jamie Copus headed the strongest showing in recent years from BROOKES|Rowing athletes by winning this weekend’s GB Rowing Team 3rd Assessment. Copus, who raced in the LM2x at last year’s World Rowing Championships in Sarasota, took victory in the LM1x by just 0.3s over his doubles partner Sam Mottram. Brookes had three athletes in the top 5, with FISU hopeful Ben Reeves finishing 3rd and Joel Cassells taking 5th. Matthew Tarrant, with his partner Josh Bugajski who raced in the Ladies Plate for Brookes last summer, secured 7th spot in a large field in the men’s pair. This result was followed up with 8th place for Rory Gibbs 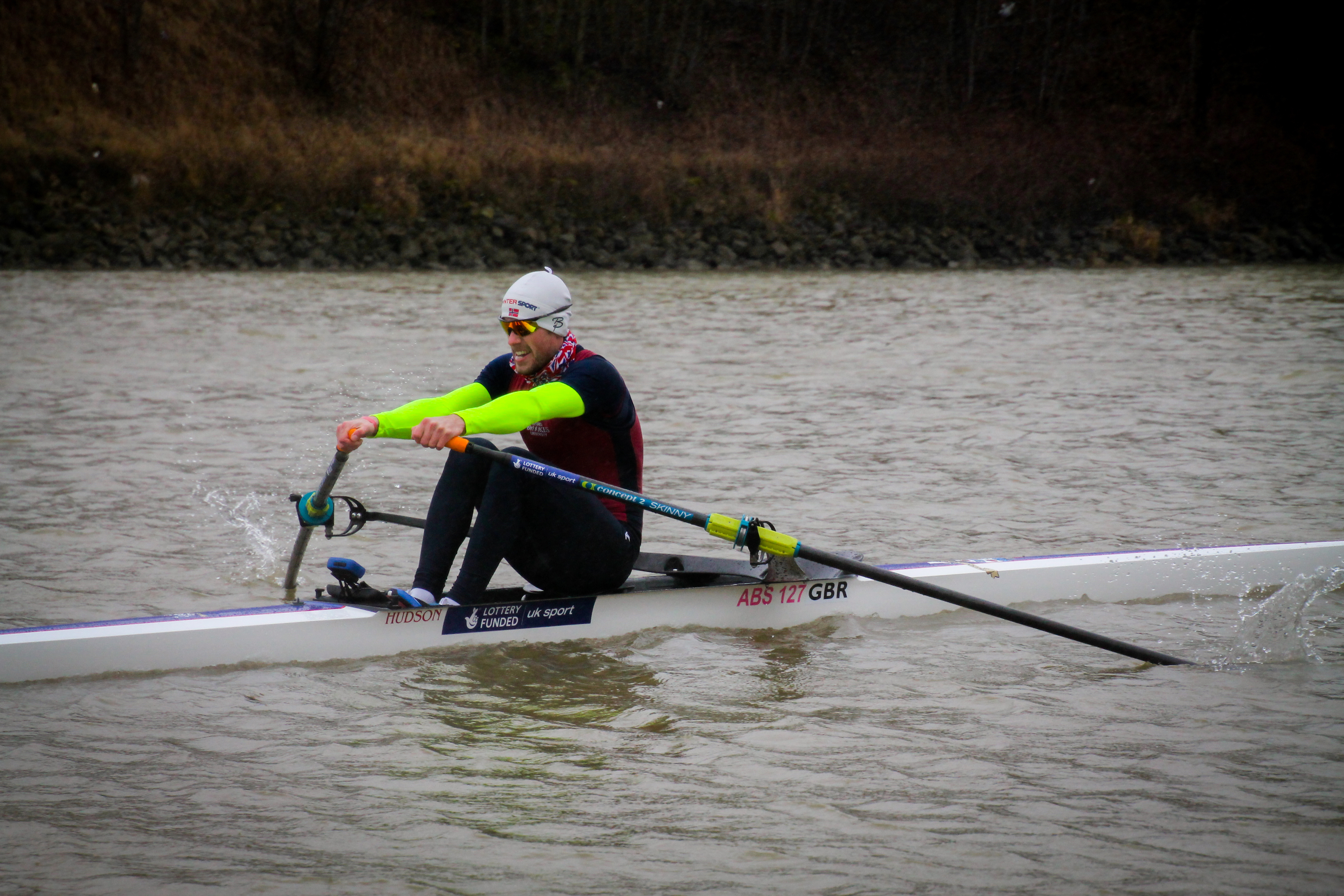 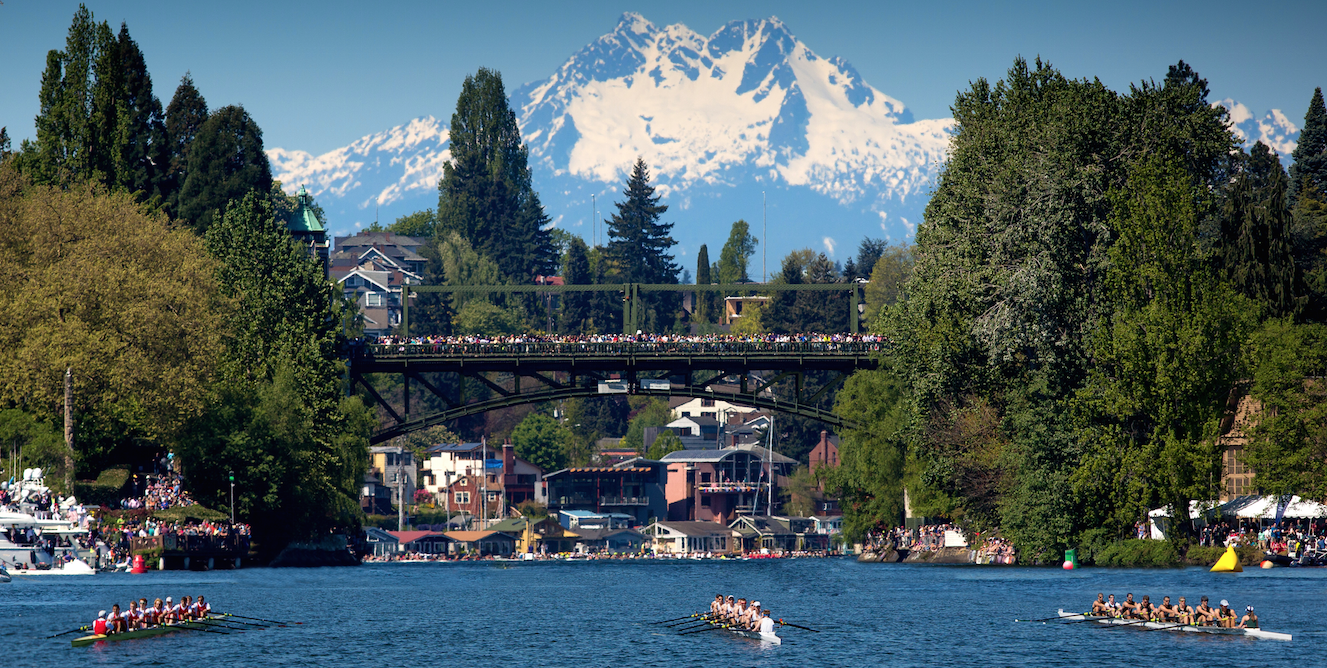 BROOKES|Rowing produced the fastest men’s and women’s crews in every boat class with a dominant performance on their home stretch at Wallingford Head this weekend Four first years helped the second eight to overall victory in a course record of 13:26.4, winning by just a second over the first eight. Henry Bloise-Brooke, Seb Newman, Ari Cohen and Matt Rowe all started studying at Oxford Brookes in September, and this result shows how well they have made the transition to university rowing. The win, in Open 8+, built on their performance in the morning division, where they posted the fastest time and claimed victory in Open U23 8+. In addition to these

Following the GB Rowing Team 1st Assesment in Boston, Lincs in early November; four Brookes athletes headed to London this weekend to race in the quadruple sculls event at The Fuller’s Head of the River Fours. The lightweight crew, stroked by Ben Reeves and also containing senior internationals Peter Chambers, Jamie Copus and Niels van Zandweghe were the sole Brookes entry this year. Despite only forming the crew earlier in the week, the quad finished in third place- a club record and only losing out to two heavyweight Leander crews by 5 and 11 seconds respectively. BROOKES|Rowing return to their home stretch next week to race at Wallingford

Four Brookes athletes have spent the summer training at the GB Rowing Centre at Caversham in preparation for the inaugural European Rowing U23 Championships in Kruszwica, Poland. They have just returned from a successful weekend of racing, capping off an outstanding summer for Brookes athletes representing Great Britain, following success at the World Rowing U23 Championships in July. Sam Nunn raced in the men’s eight, with Aisling Humphries-Griffiths, Sophia Heath and Grace MacDonald racing in the women’s eight. The men’s eight came away with a hard fought silver medal ahead of France by 0.31s and just a length behind Romania, the silver medalists from the recent World U23