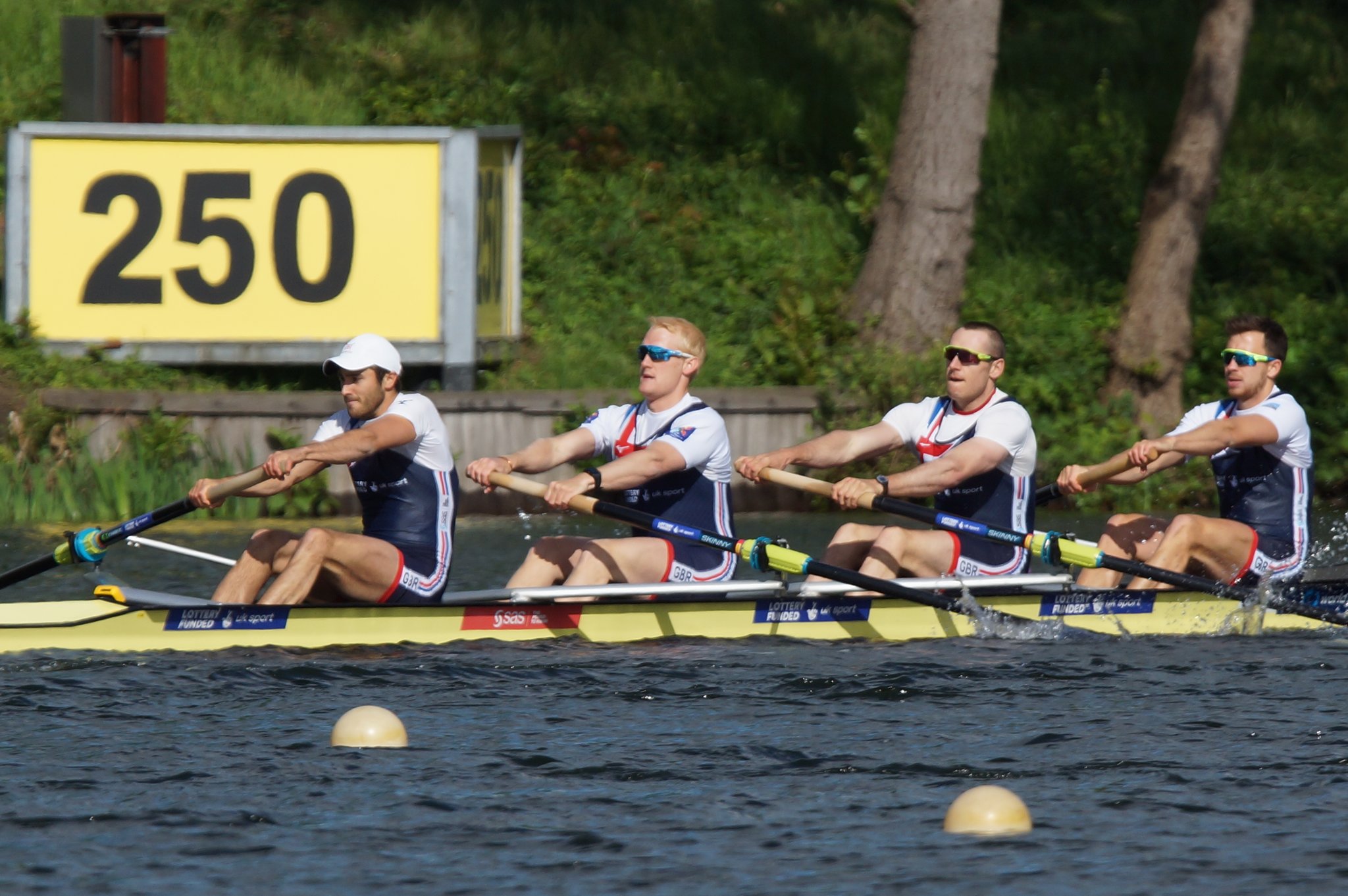 The men’s squad went unbeaten and women’s squad medalled in eight of the nine events they raced over the weekend, in what was a great first step of the regatta season for the whole club.  On Day 1, the men raced in Championship and Intermediate eights. They had won both events every year since 2013, and this year did not disappoint. With two eights in the championship category, the 1st VIII stormed to a seven second victory. However, what made this even more impressive, was that the crew in second place was our 2nd VIII, who finished the race with a clear water margin over bronze medallists Newcastle. This is

The past weekend saw a number of Brookes athletes head to the GB Rowing headquarters at Caversham Lake for the final set of trials for this summer’s World Rowing Senior and U23 Championships. Overall, Brookes had 23 athletes racing across the weekend. The most impressive result was Josh Bugajski, 2019 Head of the River Race and 2017 Ladies’ Plate winner, taking the overall win in the M2- with his partner James Rudkin following a 3rd place finish last season. Current Brookes athletes Rory Gibbs and Morgan Bolding also had their best ever result by finishing 4th- beating 5 Caversham-based pairs in the process. Both these athletes have been part of 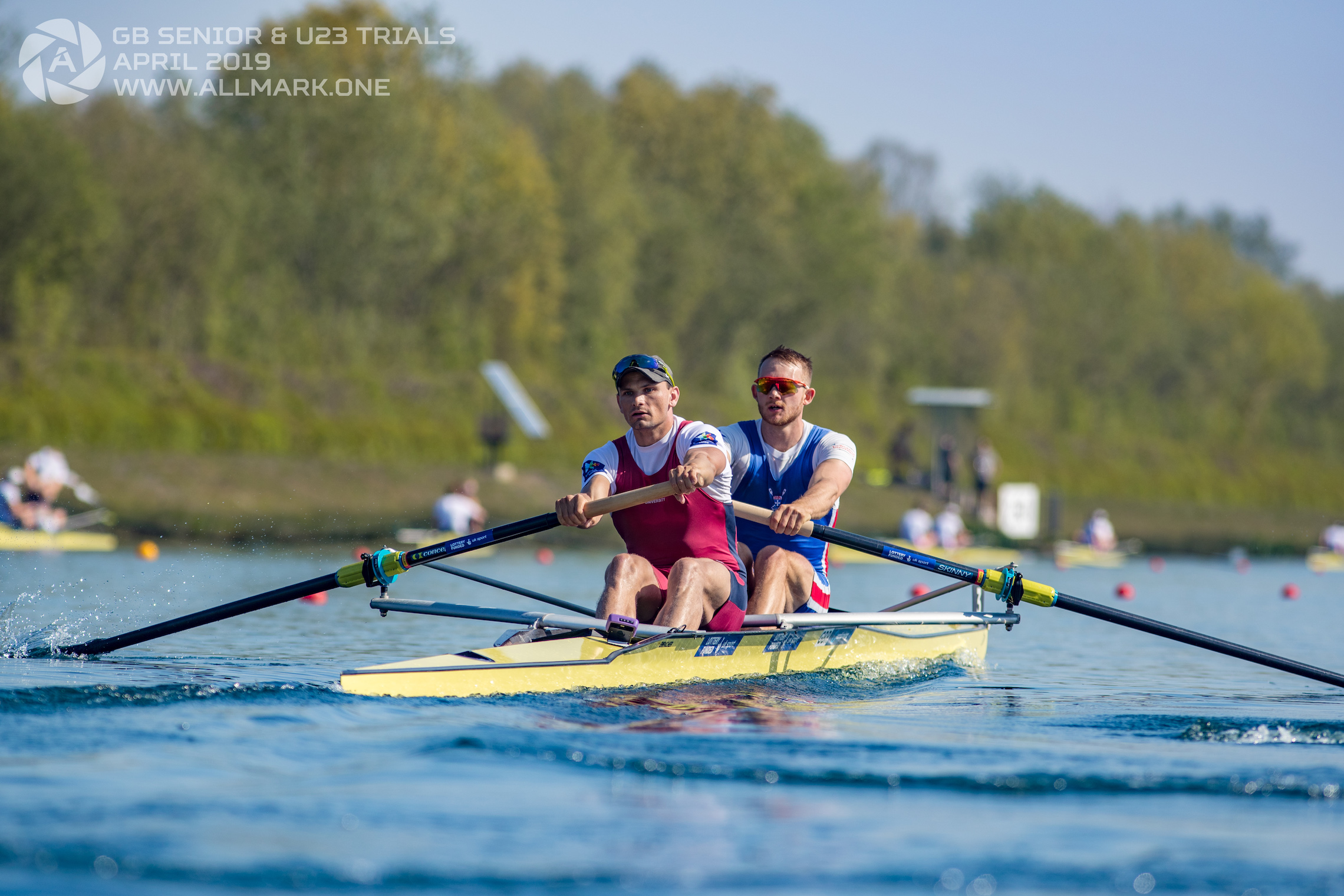 Brookes retained the headship for the third year running with an eight second victory over Leander Club at this years Eight’s Head, this is testament to the work these athletes have put in and showcases how in only 7 months the new Oxford Brookes Olympic Pathway Programme is already working. Oxford Brookes had 2 national team members in their boat while Leander club had 7 plus the cox of the national team. The 2nd VIII finished 3rd, finishing just 0.1 seconds behind Leander A. They hold their third position from last year for next year’s Head- the highest placing a Brookes 2nd VIII has ever achieved and very nearly helping 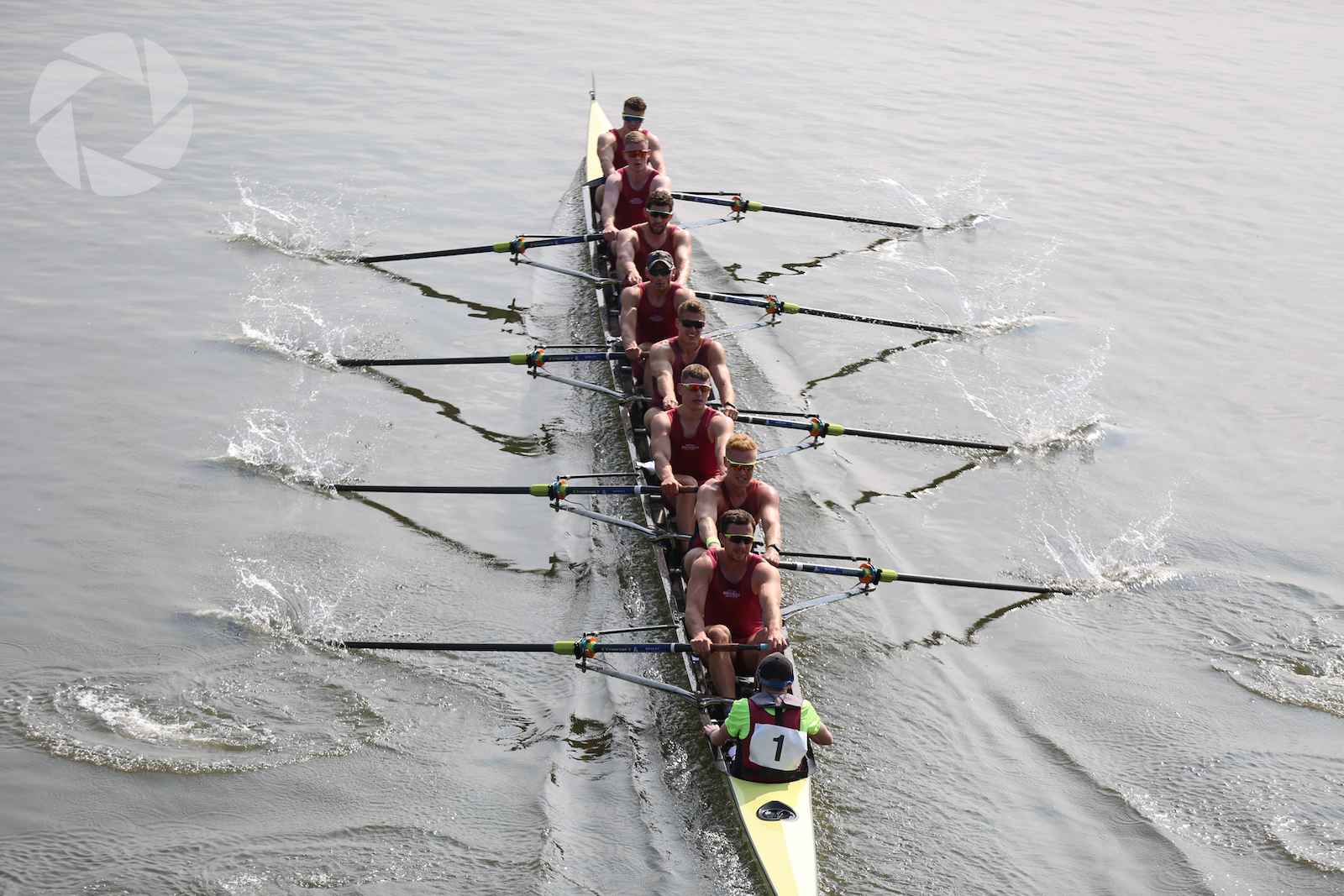 In the final week of preparations for Eight’s Head, Brookes returned to the Tideway this Sunday in a rescheduled fixture against two crews from Cambridge University. In addition to this, fixtures were also arranged against Imperial College and Thames Rowing Club. For each fixture, the pieces ran from the Boat Race start to Chiswick Steps, and then from Chiswick Steps to the Finish. In the first fixture of the day, the 4th VIII raced Thames RC. Thames won the toss and chose the Surrey side for the first piece. Both crews started strong, but it was Brookes who managed to make the first move, and by Barn Elms were able to 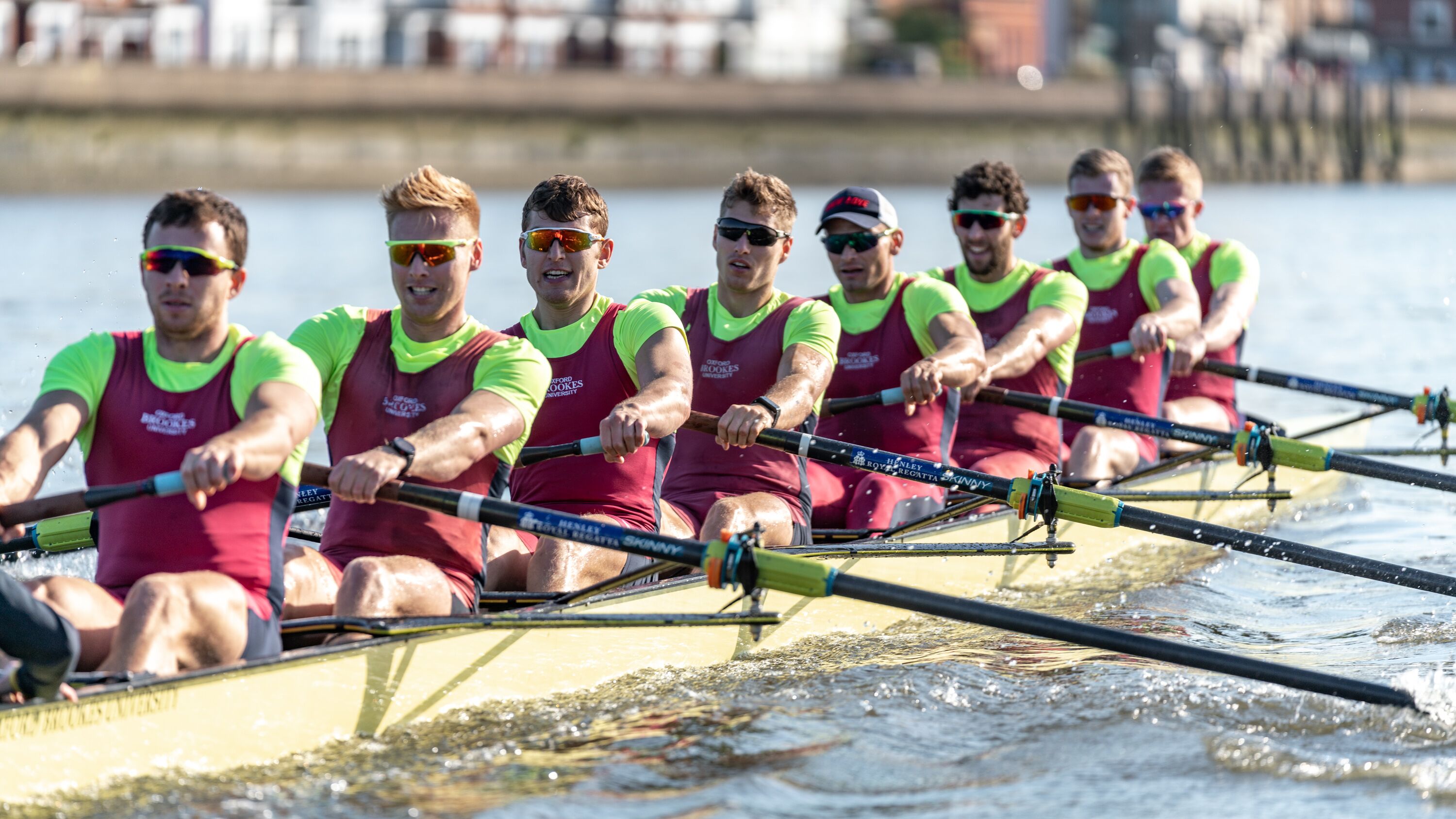 After a number of cancellations over the past couple of weeks due to difficult conditions on the Tideway, the BROOKES|Rowing Men’s 1st and 2nd VIIIs finally got racing in a rescheduled Boat Race fixture against Oxford University yesterday. This annually forms an important part of Brookes’ build up to Eights Head, and they were looking to repeat last year’s result where they beat both Oxford and Cambridge’s Blue Boats and Reserve Crew with their respective counterparts. In both the Blue Boat and Isis fixtures, the first piece ran from Chiswick Steps to Beverley Brook at the start of the Putney hard, with the second piece also starting at Chiswick Steps, 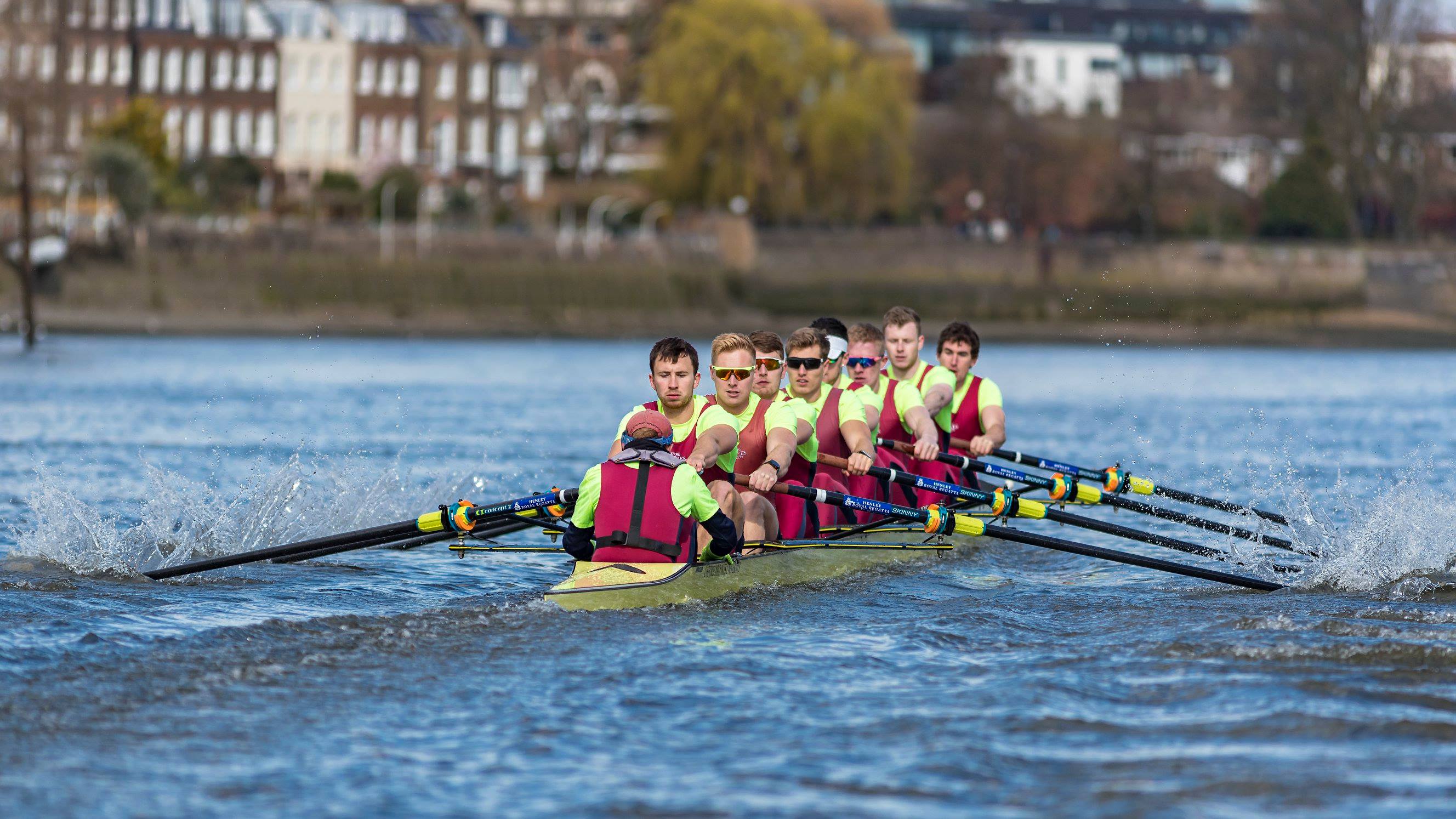 The women’s 1st VII posted the fastest women’s time on a blustery day at Reading University Head of the River, where the majority of the squad raced with just the Men’s 1st and 2nd VIIIs being rested ahead of upcoming fixtures with Oxford and Cambridge this week. In the first division, the women posted the fastest two times in Band 1 in 14:19 and 14:37, with the 3rd VIII securing a 16 second victory in Band 2 in 15:23. They then repeated their Band 1 win in the afternoon division in 14:37, with a 13 second win over Oxford University. The afternoon division also saw a win in the U23 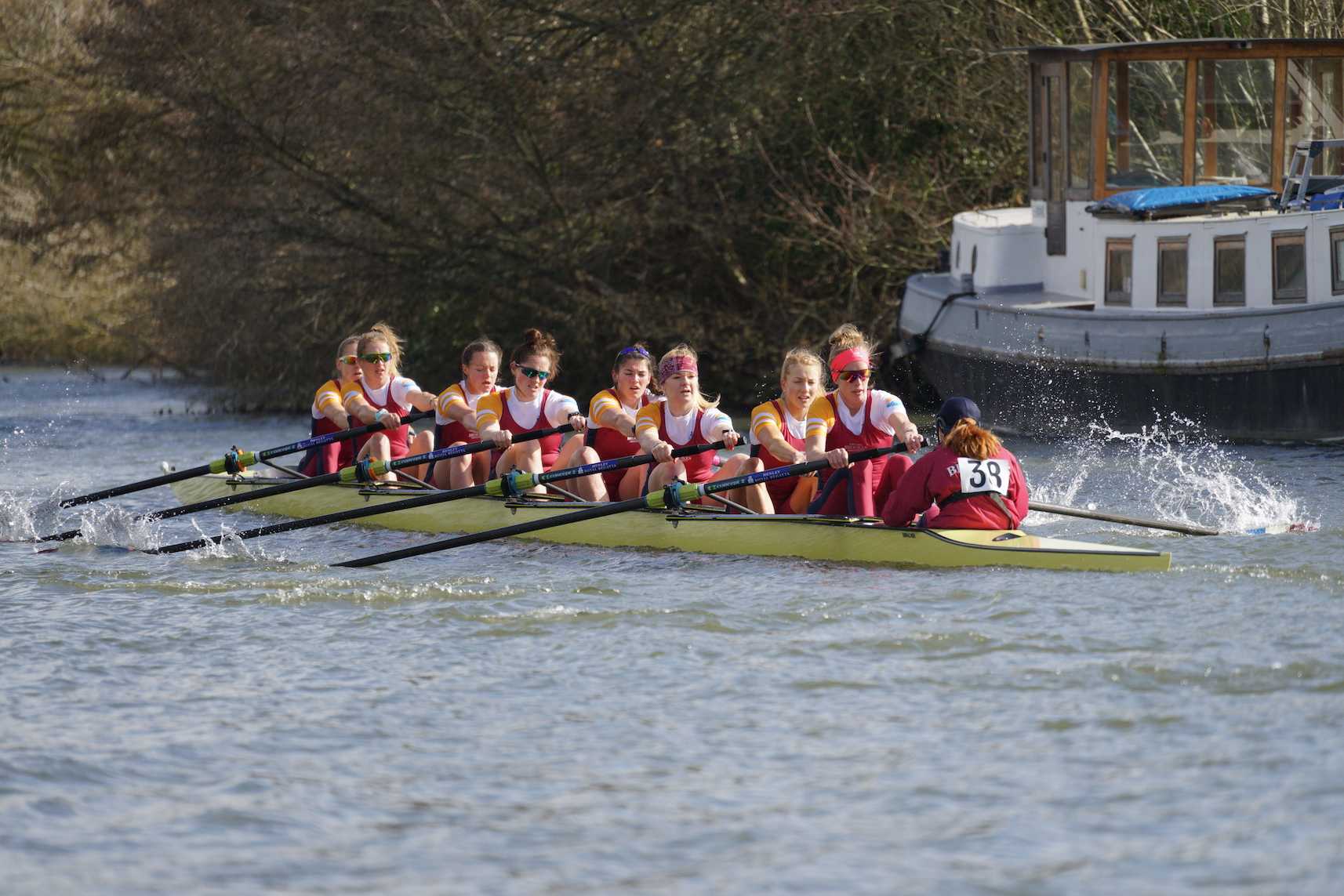 In the first race of 2019, last weekend BROOKES|Rowing made the trip to London with two eights to race against Cambridge University Women’s Boat Club. This was one of the official Boat Race fixtures which forms a prelude to the race which takes place on 7 April 2019.  In both races, crews rowed three pieces- the Start to the mile post; Harrods to Chiswick Steps and the Bandstand to the Finish. Cambridge won the toss for both races and chose the Surrey station. The 1st VIII did well to hold Cambridge through the first piece, pushing them for the entirety of the piece and finishing half a length down. The conditions 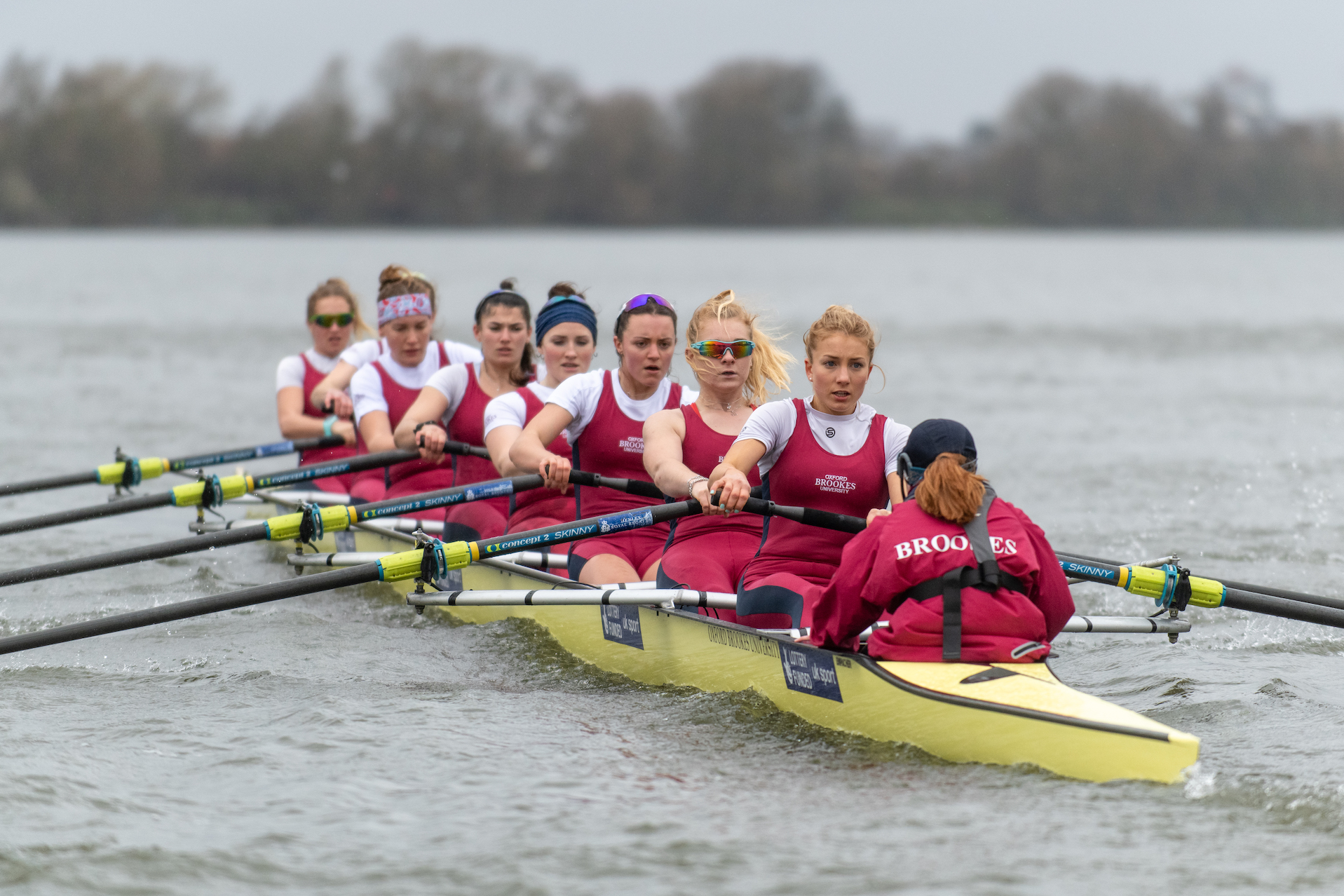 BROOKES|Rowing closed 2018 off by extending their course record at Wallingford Head by an impressive 18 seconds, despite unfavourable conditions.  The course, which takes on the Brookes home stretch in Cholsey, takes place from Moulsford Bridge to the OUBC Boathouse at Wallingford Marina. It runs for 4250m and provides coxes and crews with a challenging course to navigate.  In the first division, Brookes filled the top four places in the Men’s Eights despite the 1st VIII only racing in Division 2. The women’s 1st VIII closed the gap on local rivals Leander Club to just 4 seconds, and were the same distance from OUWBC, finishing in second position in Women’s 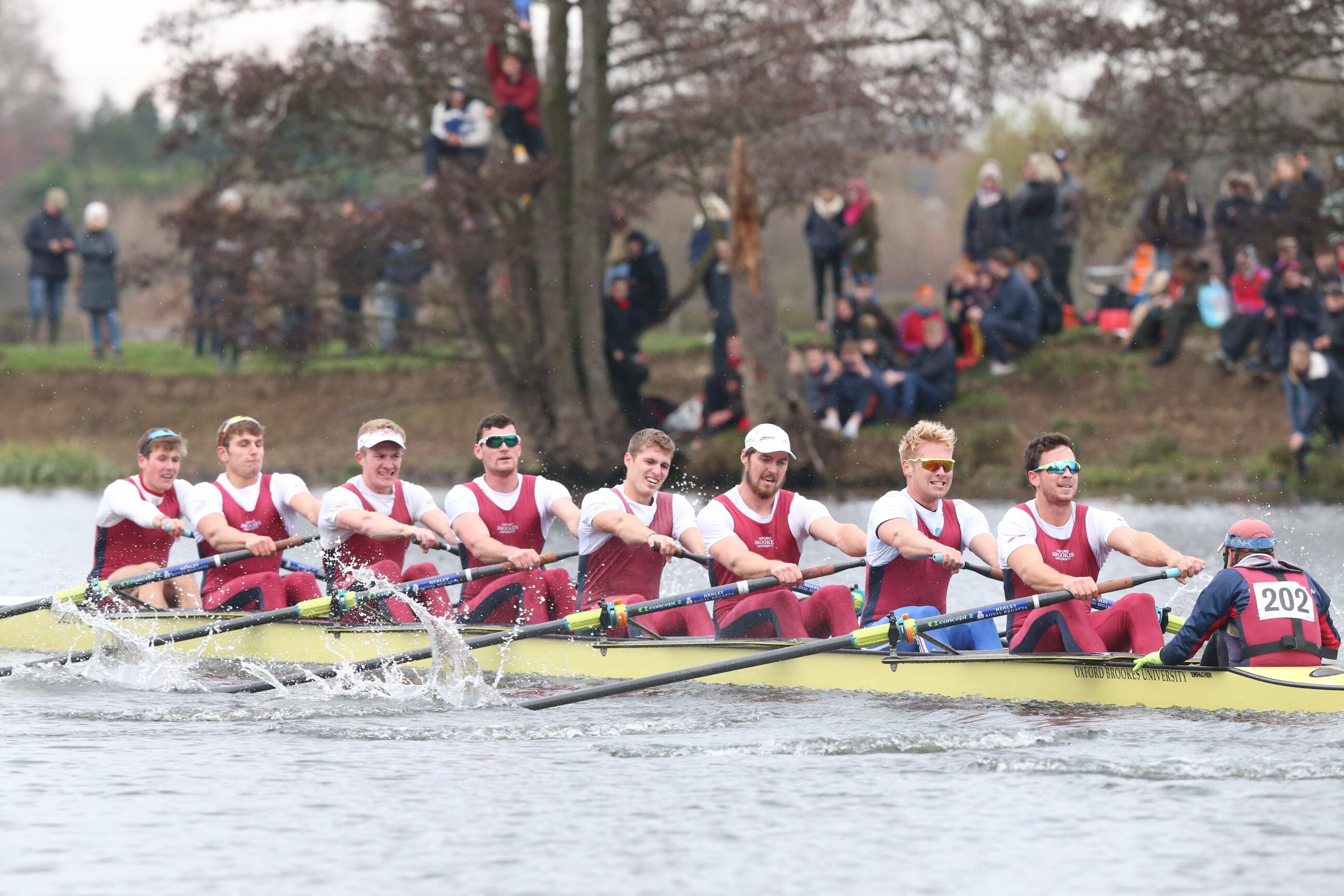 The Men’s 1st VIII claimed the national title at the British Rowing Senior Championships- held this weekend at Holme Pierrepont. They won the final with three seconds to spare over local rivals Leander. Molesey finished in third place, with an unprecedented three further Brookes crews rounding off the top 6. Despite this being the national championships, this is the first race for most clubs this season, and the result demonstrated the strength in depth built over the last few years by Head Coach Henry Bailhache-Webb. The 3rd VIII, the highest ranked all-student crew, claimed the university pennant over the 4th VIII- the only two crews in this category to make the 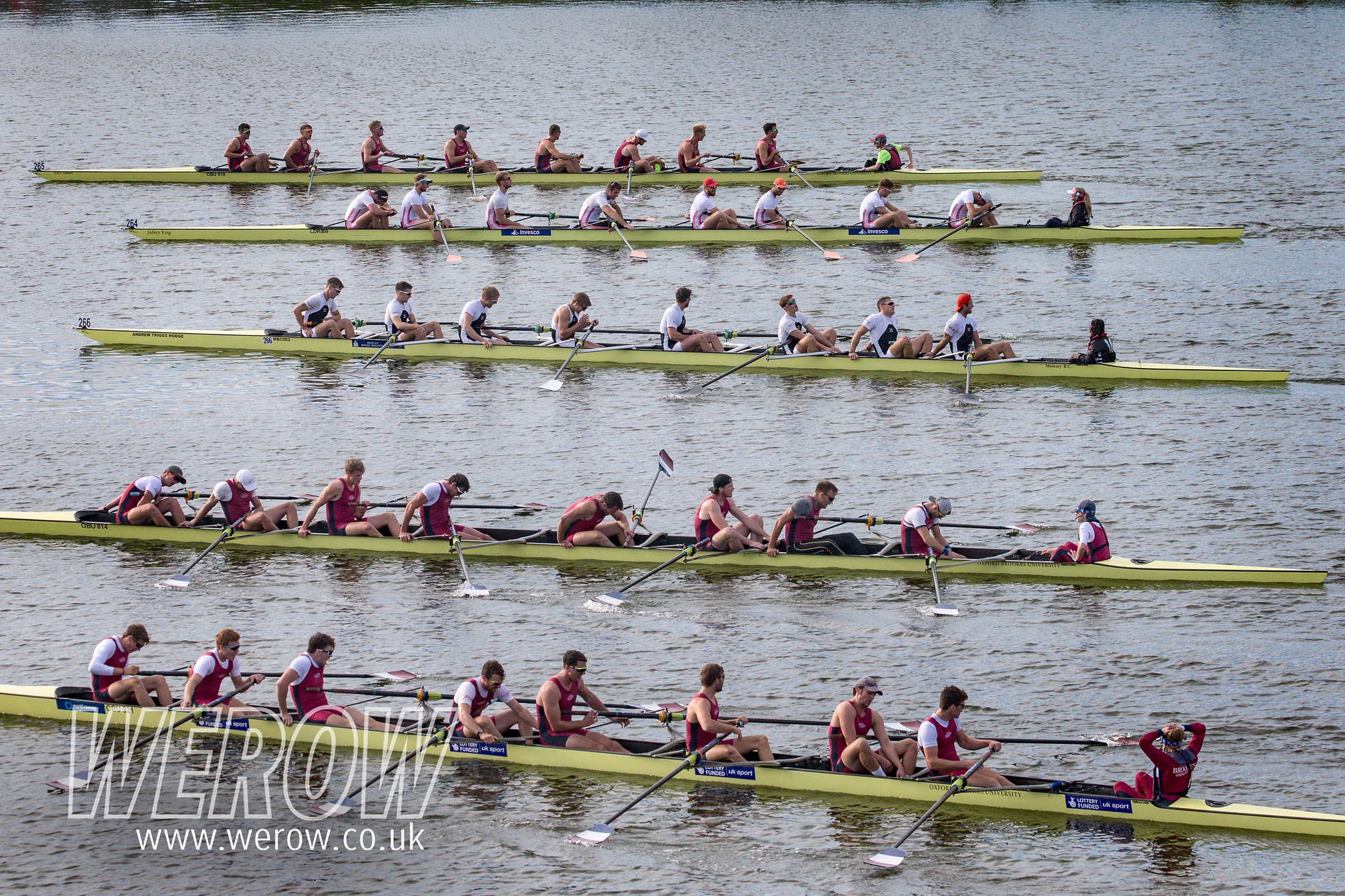