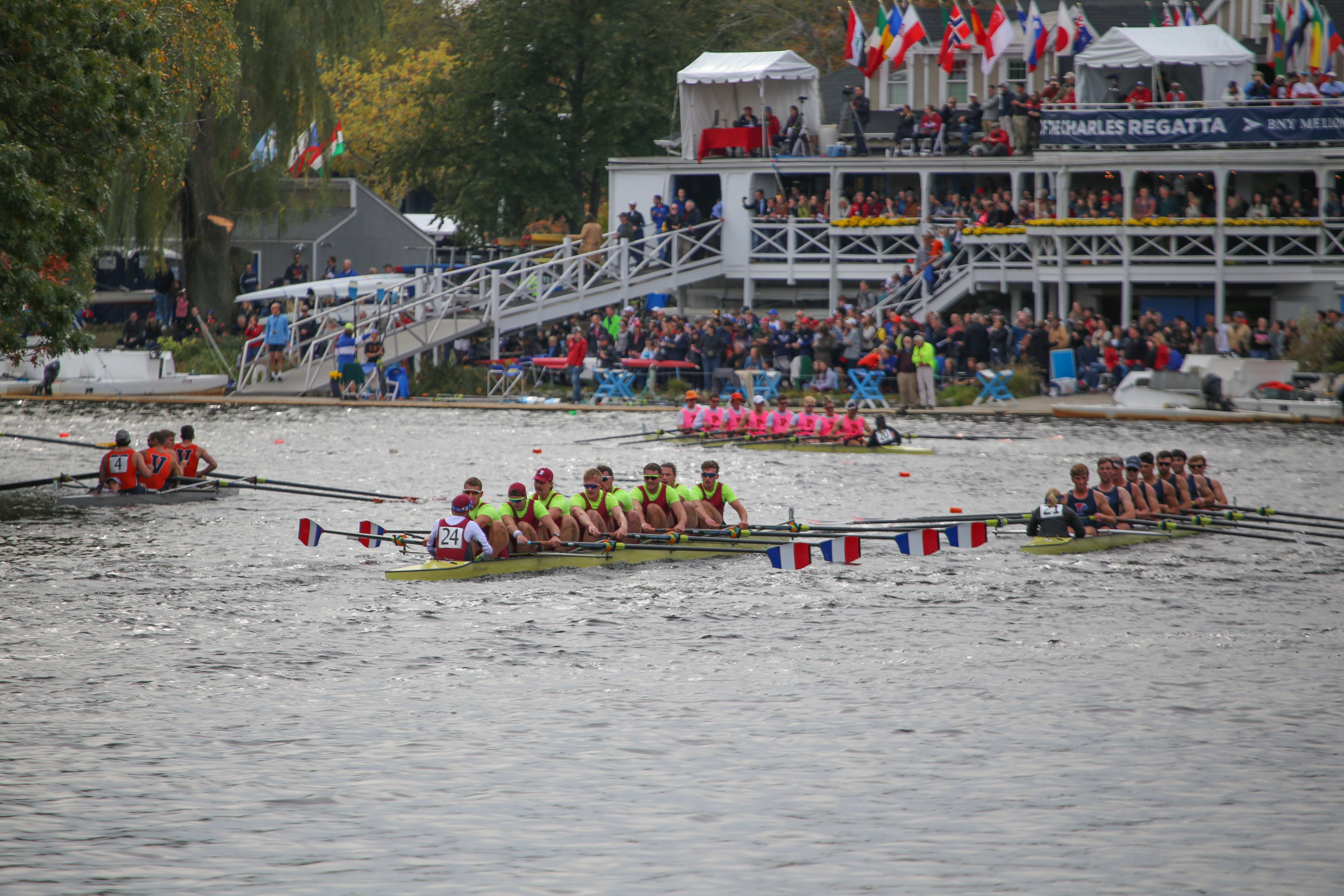 Oxford Brookes Men’s 1st VIII charged from 24th place to 4th place at this weekend’s Head of the Charles Regatta. Cox Harry Brightmore was kept on his toes at all times whilst overtaking crews from Princeton, Penn and Cornell. This has been a great experience and a big learning curve for all the crew who hope to be able to return next year in a more competitive starting position.

The race, the largest regatta in the world, took place between Boston and Cambridge, Massachusetts.

The crew were in fifth place through the first two timing points at Riverside Boat Club and Weld Boathouse, but the fastest last two minutes of the course left the crew in fourth place, just six seconds adrift of the US National Team.

Full results for the race can be found here.

This is the first time Oxford Brookes have fielded a crew in this event for 15 years, and the result proves that the squad is able to compete with the very best teams in the world.

Whilst athletes not racing at HOCR will race in Henley-On-Thames at the Upper Thames Autumn Head this weekend, most of the squad will now focus on the GB Rowing Team 1st Assessment in Boston, Lincolnshire. This acts as the first step to selection for the Olympic Games, World U23 Championships and the FISU World University Championships.