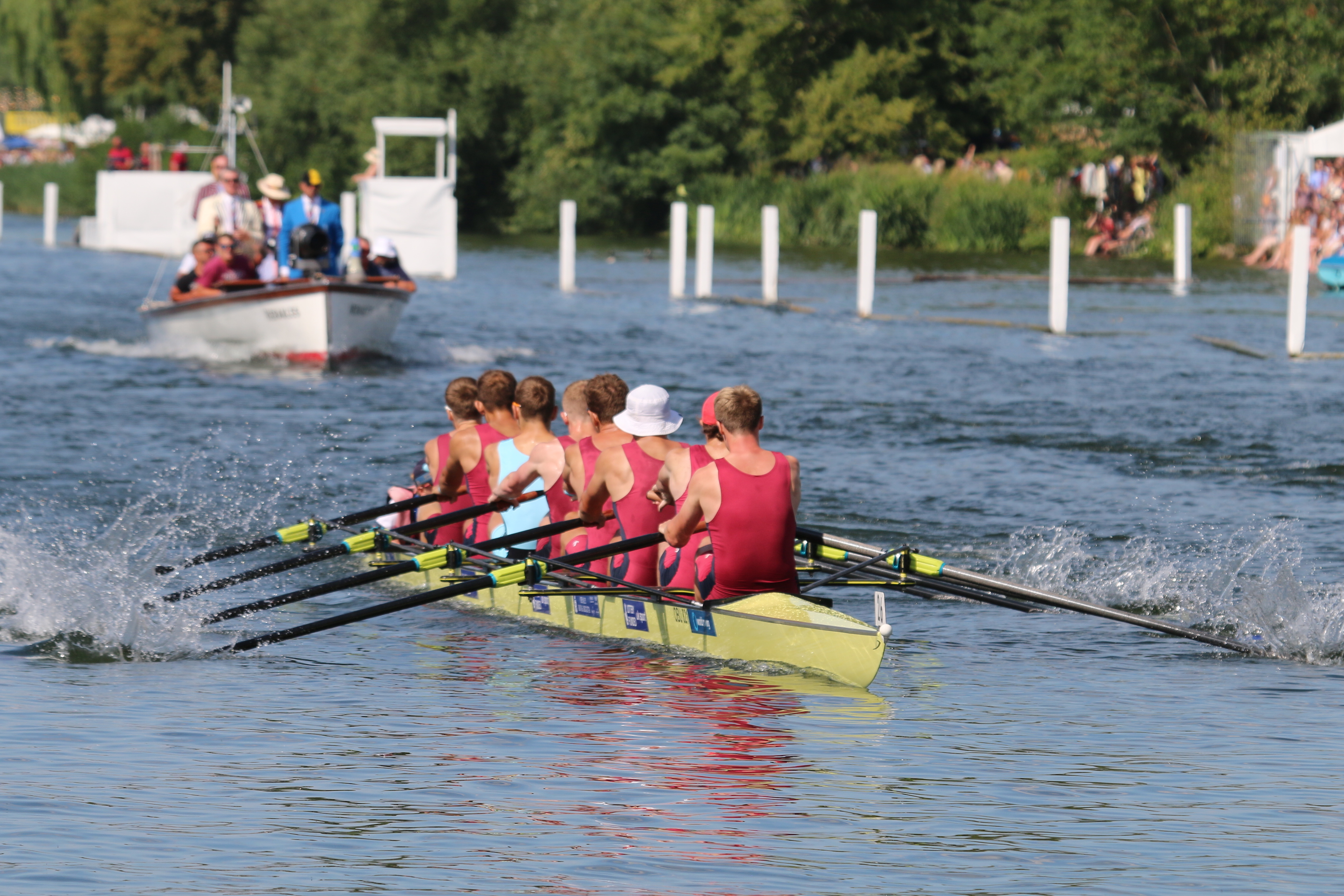 BROOKES|Rowing will have 7 crews racing at this year’s Henley Royal Regatta, which takes place from this Wednesday 4th July until Sunday 8th July. For the first time ever, there are two entries into the Ladies’ Plate, and a full student crew will be racing in the Remenham Challenge Cup.

Of the three crews entered for qualifiers, which took place last Friday, two progressed to the main regatta. The Women’s 1st VIII beat off crews from the USA and Ireland to claim one of just six qualifying places. They will race Yale University in the Remenham Challenge Cup on Wednesday at 12:00.

In the Temple Challenge Cup, our “B” crew were the fastest crew of the day to comfortably secure their place in Saturday’s draw, which sees them facing the University of Washington. This is the first time a crew from Oxford Brookes has faced the Huskies at Henley Regatta, and the race will take place at 16:00 on Wednesday. The “A” crew, who look to defend the titles won in 2016 and 2017, face the University of California, San Diego on Wednesday at 18:10.

The two entries into the Ladies Challenge Plate were drawn on opposite sides of the draw meaning they will not face each other unless both crews make Sunday’s final. The “B” crew begin their racing on Friday, racing against Cantabrigian Rowing Club. The “A” crew, a selected crew for this event start their racing on Saturday, and will face the winner of Friday’s heat between Berliner Ruderclub and U.T.S. Haberfield R.C. & Sydney R.C.

The Visitors Challenge Cup sees Brookes face Waikato in Thursday’s first round. This is the first time this decade that a full student crew has raced in this event. In the student fours event, the Prince Albert Challenge Cup, Brookes face Goldie to race for a place in Friday’s quarter-finals. They begin their campaign at 18:30 on Wednesday.

Other BROOKES|Rowing athletes racing this week include Ben Reeves who races in the Prince of Wales Challenge Cup in an Edinburgh University and Oxford Brookes composite. Mat Tarrant is also racing in the Great Britain Men’s Eight, which has their first race in the Grand Challenge Cup on Saturday against Australia.

In addition to the racing taking place throughout the week, Brookes students, alumni and supporters are invited to the annual Taurus Barbecue, which takes place on Saturday 7th July at Henley Cricket Club following the end of racing.