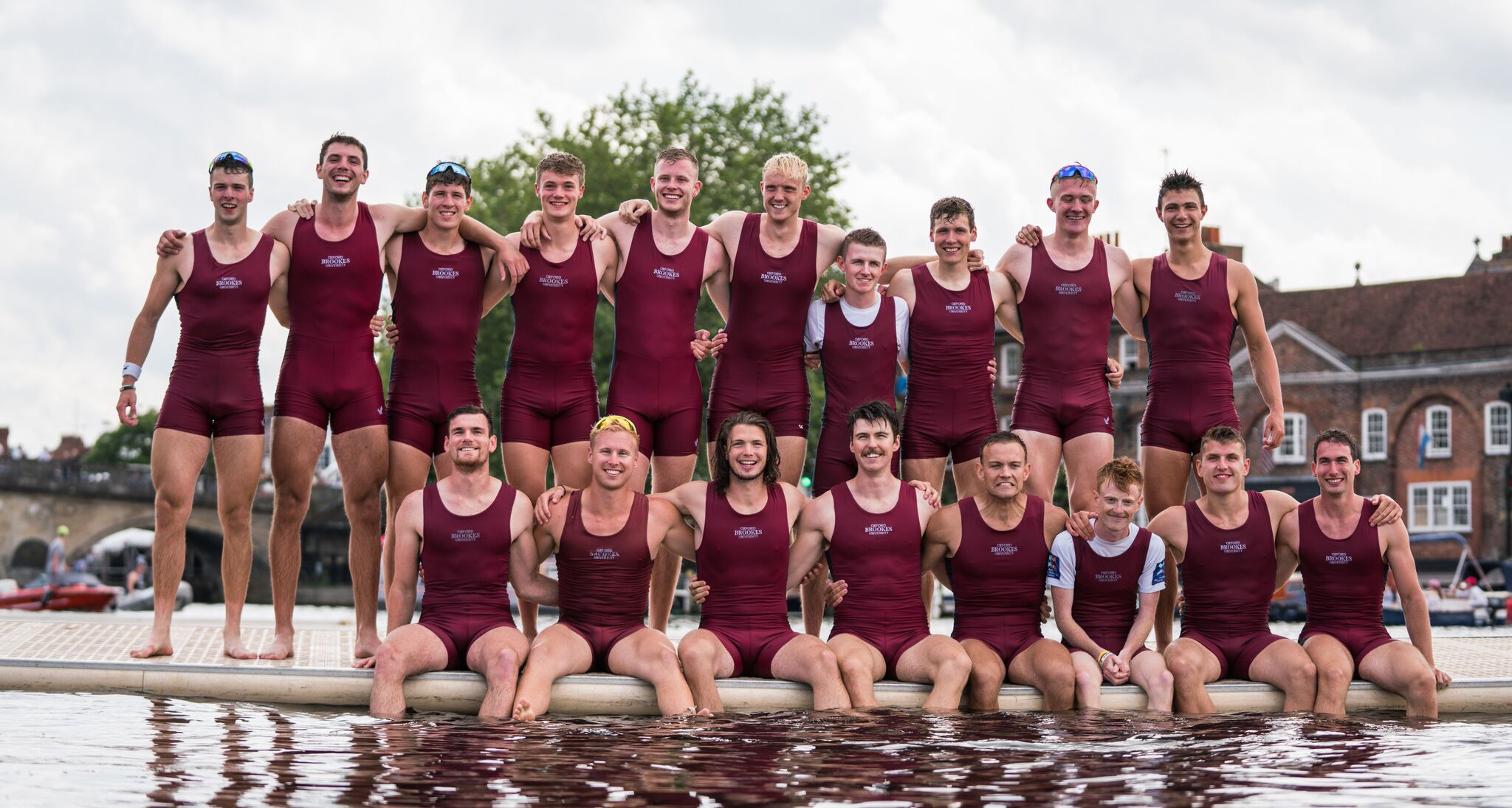 Following a strong season for the whole squad, the domestic season concluded last week at Henley Royal Regatta, where Brookes qualified 10 crews into the main draw.

The Ladies Plate crew completed a hat trick of wins in this event, with new crew members Oliver Wilkes, Brendan Edwards, Jamie Axon taking their first win in the event. The crew had races against U23 crews from Great Britain and The Netherlands in what proved to be one of the most competitive Ladies Plate fields in recent years. However, the crew were able to edge a 1 length lead against the Dutch crew, who had set a new record for the event on the previous day, and held this throughout the latter stages of the race.

Having lost in the final last year, a number of the crew returned for this year’s Temple Challenge Cup- which also boasted an impressive field of international crews. Having defeated Boston University (USA) and A.S.R. Nereus (NED) in earlier rounds, the crew faced Northeastern University in the final- who recently finished in fifth place at US National Championships (IRAs). Despite remaining level throughout the initial stages of the race, the Brookes crew, coxed by Gavin McWilliams, broke clear water as the crews passed Fawley and held off a late charge by the American crew to take the win by 3/4 length.

Rory Gibbs, who was recently selected to race as part of the Great Britain squad for the World Rowing Cup season, raced as part of the GB 4- in the Stewards Challenge Cup. This year’s event saw a straight final between the two GB 4s who have been racing each other all season. A strong performance saw the Brookes & Leander crew take the win by 2 1/2 lengths- Rory’s first win in an Open event following a run of three consecutive wins in the Oxford Brookes 1st VIII.

Both Men’s fours- one in the Visitor’s and the other in the Prince Albert, faced tough opponents in the Semi Finals. The PA crew raced Harvard, and despite leading the whole way, the crew could not respond to a late charge by the crimson crew. They lost by an agonising 4 feet in one of the races of the regatta. The Visitor’s 4, with members Peter Chambers and Chris Tebb racing for the last time in a Brookes lycra, delivered the perfect race, but lost out to the crew from The Netherlands by 1 1/4 length.

The Women’s Eight, fresh from their win in the Academic Eights at Henley Women’s Regatta, faced Edinburgh University in the first round of the Remenham. Having built on their win two weeks previously, the crew stormed out of the blocks and controlled the race throughout, eventually winning by over 2 lengths. They faced the Great Britain senior 8 in the next round, and despite another strong row, lost by a length. The Women’s Four, racing in the Town Challenge Cup, had only formed the crew on the day of Qualifiers the previous Friday, and faced a strong Chinese crew who had finished 6th at last year’s World Rowing Championships. It proved a great experience for the crew, who lost by 2 lengths.