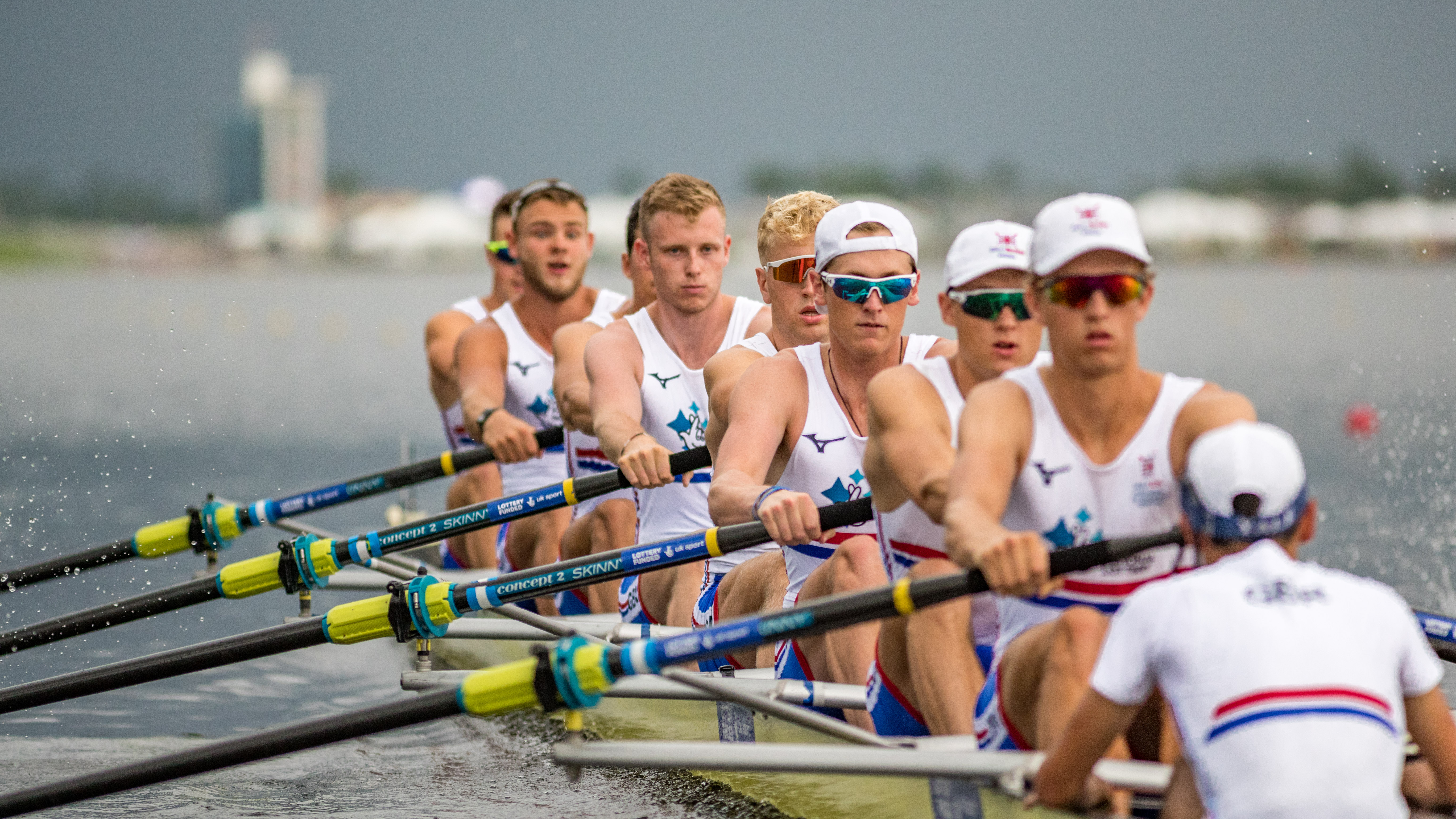 BROOKES|Rowing athletes saw considerable success when racing internationally this summer, following the culmination of the university rowing calendar at Henley in July.

Six athletes raced at the Senior World Championships, which took place in Linz, Austria. Rory Gibbs, in his first season as part of the GB Rowing senior team, won a bronze medal as part of the coxless four, following a tough battle with Romania throughout. This qualified the boat for next year’s Olympic Games in Tokyo.

Quentin Antognelli, racing for Monaco and also attempting to qualify in the men’s single for Tokyo, finished 4th in the F final and will look to claim his Olympic spot at next year’s European Continental Qualification Regatta.

Earlier in the summer, the Great Britain U23 team travelled to Sarasota for the World Championships, finishing top of the medal table with 6 golds and two silvers.

Incoming women’s coach, Richard Chambers, coached the winning men’s coxless four who had also been victorious in the Visitor’s Challenge Cup at Henley Royal Regatta earlier in the summer.

The final event of the summer was the U23 European Rowing Championships, which took place in Ioannina, Greece. The men’s eight, featuring Cameron Spurling, James Snowball, Alfie Heath and Dylan Mitchell and coached by assistant coach Ben Murphy, claimed a bronze medal behind Romania and Ukraine.

The BROOKES|Rowing 2020 season is well underway, with the first race at the Head of the Charles Regatta in Boston fast approaching.