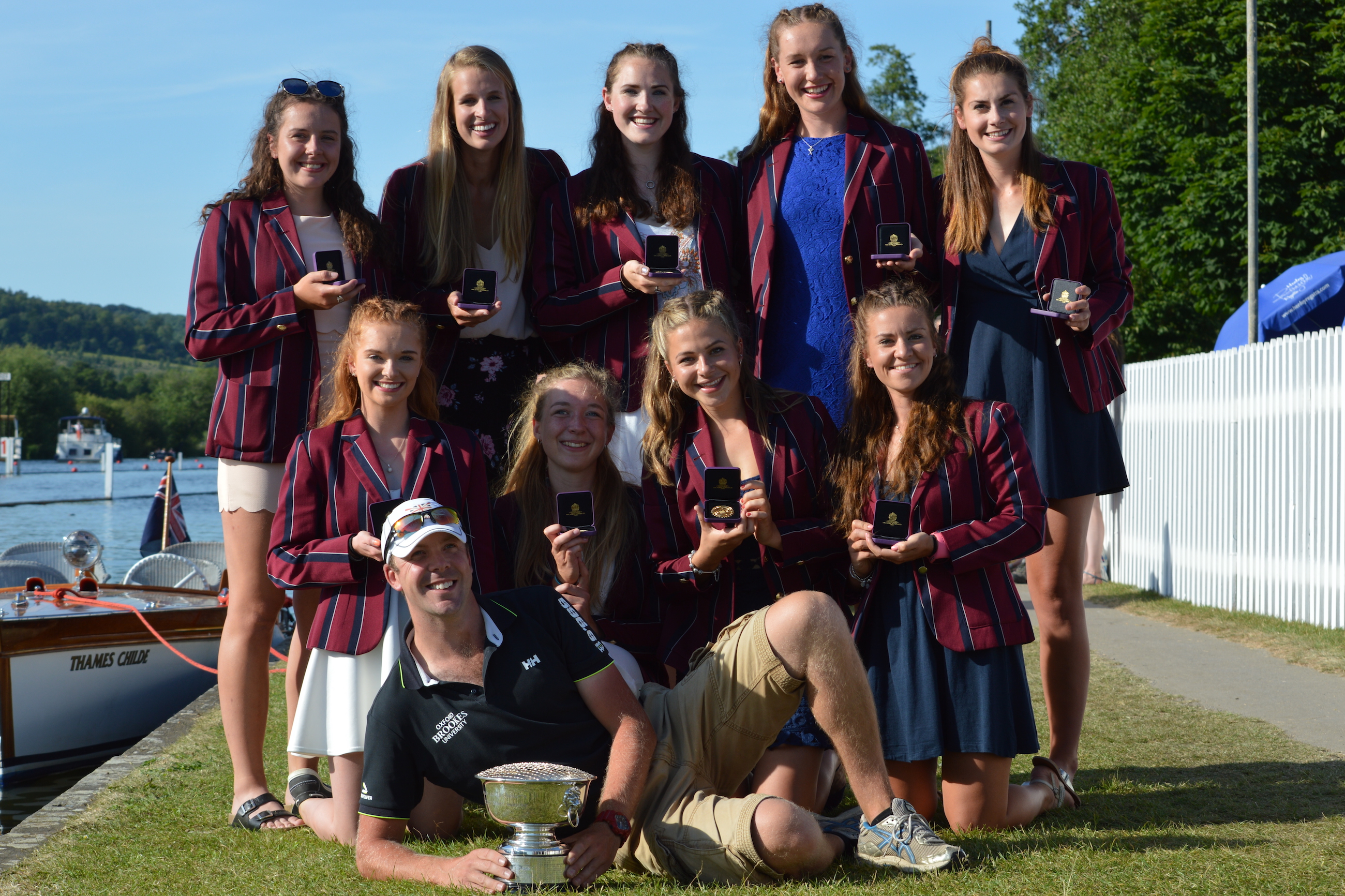 The women’s squad have just returned from one of the best club performances to date at Henley Women’s Regatta, where 23 athletes reached finals day.

The highlight of the weekend was claiming a win in the Academic Eights, which saw two Brookes eights in the semi finals of the event. In the final against close rivals Newcastle University, Brookes got off to a fantastic start which gave them an unassailable lead by the time they reached the enclosures, and pushed out to a 1.5 length win by the finish, and crowned them Academic Eights Champions for the first time in the club’s history.

In the Championship Fours event, Brookes got the better of a strong UL crew in the semi final to set up a final with Molesey Boat Club. In one of the most exciting races of the day, both crews pushed each other the whole way up the course, with Brookes unfortunately just missing out on the win by less than half a length.

The quad, which also raced in the championship category, led for much of their heat, but in a close race lost to the eventual winners of the event.

Beth Wilford-Dutton dominated the first 2 races of her regatta in the single scull, winning by an easily verdict and 4.5 lengths in each respective race. Coming up against a strong sculler from Cardiff, she battled from the very first stroke in what was a thrilling race to watch. Credit must go to both scullers who put on a brilliant performance, with Beth losing by just 1/3 of a length to the eventual winner of this event.