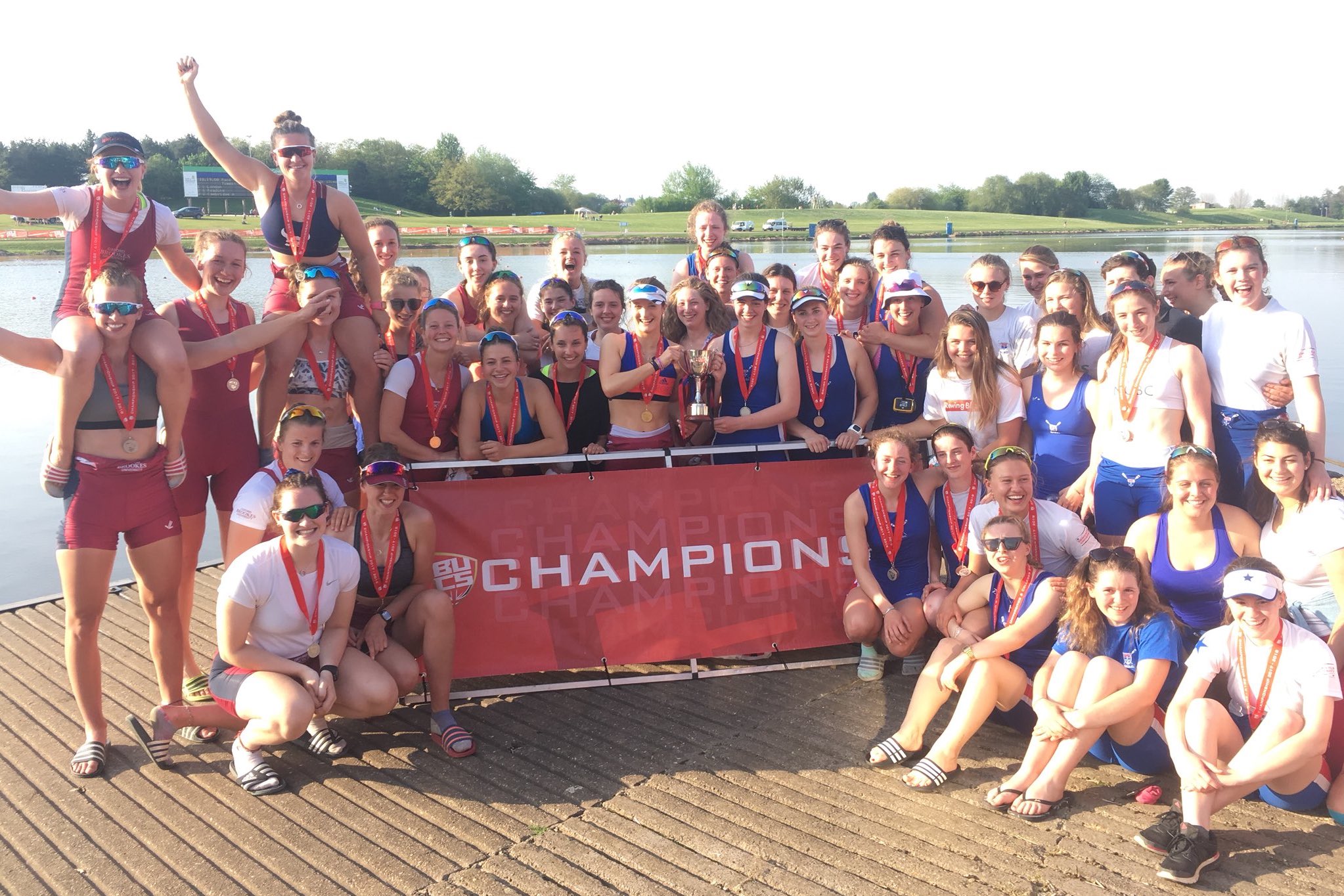 The squad returned this week from a packed weekend of racing at BUCS Regatta in Nottingham, where the women’s squad were victorious for the first time ever in the Victor Ludorum, sharing the honours with Newcastle University.

The weekend started off strong, where the men defended the BUCS Championship Eights title despite having 10 athletes away in Seattle, USA racing in the Windermere Cup. To top this off, a dominant performance secured the Intermediate Eights category- the fifth time in a row that BROOKES|Rowing has won both titles.

Highlights of Day 1 for the women included winning the intermediate women’s pairs, and finishing fourth in a close sprint for the bronze medal with the University of London. Mary Wilson and Immie Mackie, both final year students at Brookes, claimed silver behind Nottingham University in the lightweight women’s double sculls.

Despite the top eight athletes racing in the Windermere Cup the same day, the men defended the Championship Eights title they have won for the last four years consecutively in style, dominating the race from start to finish and finishing almost four seconds ahead of the University of London. The Intermediate crews followed up this result with a gold and bronze.

Day 2 saw the women take the lead in the Victor Ludorum, with a win for Beth Meakin in the WInt1x spearheading a solid day which included a silver medal in the Championship Women’s Eights and a bronze in the Intermediate eights.

The Men were spread across a number of events, with a bronze medal for the Championship 4+ following great results in the Intermediate category where Brookes claimed a gold and a bronze, which followed an impressive final sprint to the line beating the university of London by just 0.09 seconds. In a stacked field, the championship 4- finished in a very credible 4th place, narrowly missing out on the medals.

The final day saw the women pushing for a win in the Victor Ludorum, where it remained close throughout the day between Brookes and Newcastle. The women started strong, with a convincing win in the Women’s Lightweight Quad. The championship 4+ won a silver medal behind a strong Cambridge University crew, and the coxless four won bronze- both results adding to the women’s points tally.

The end result following the racing was the Brookes and Newcastle had the exact same number of points, therefore sharing the Victor Ludorum. This is the first time the women’s Victor Ludorum has ever been shared between two universities.

One of the most exciting races of the day was the Men’s Championship quads, where the lead changed a number of times throughout the race. This included Brookes leading for a period, who in the end won a hard fought bronze medal. In the championship 2-, Brookes finished fourth and sixth, and won both gold and silver in the intermediate event.

This rounds up a successful weekend for the club, who have been racing in Belgium at Ghent Regatta this weekend.