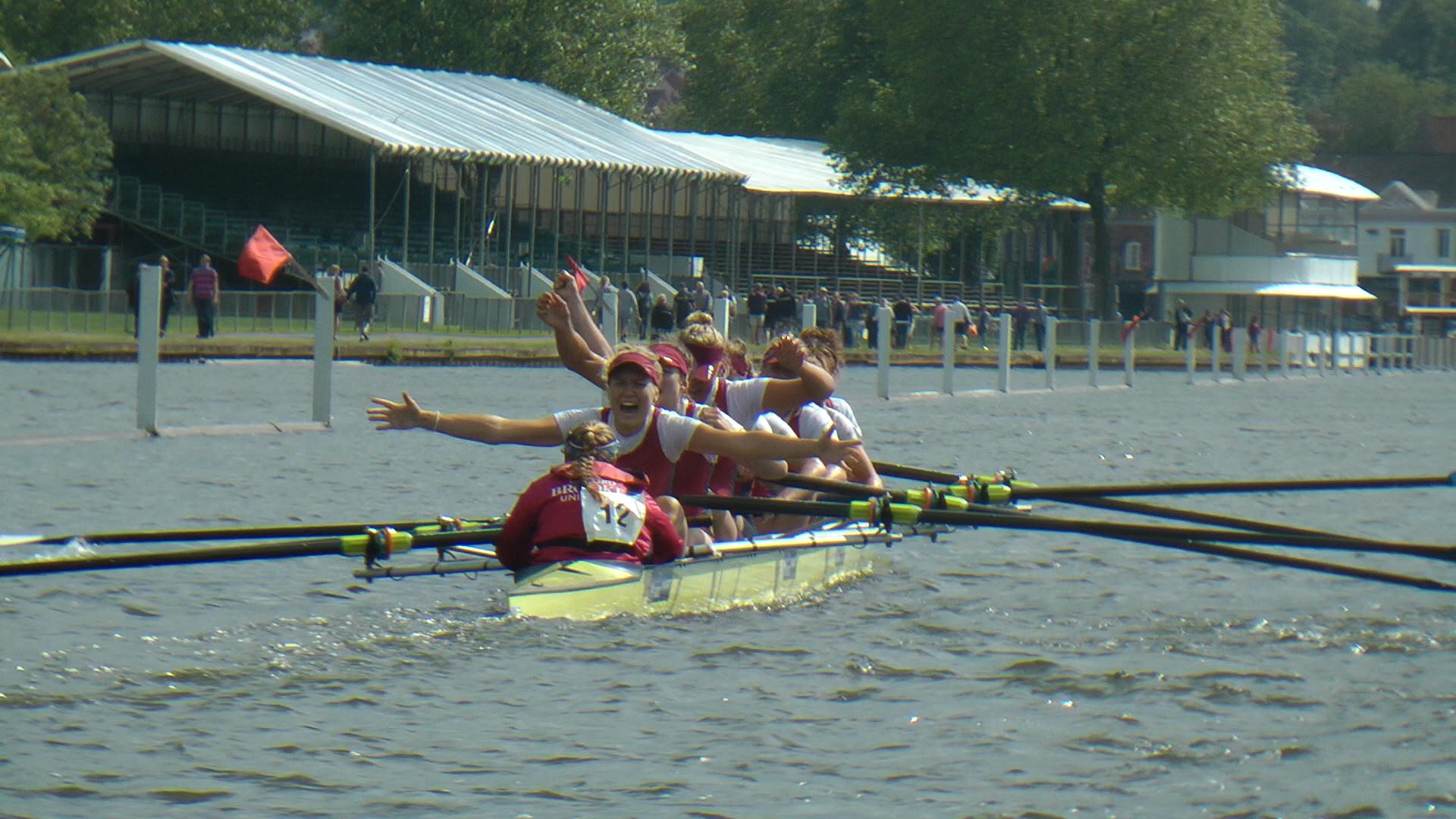 Sunday June 21st marked a historic day for OBUBCs women’s program as the crew of Cox: J. Saunders, (Str-Bow:) S. Dear, A. Withers, C. Mowczan, D. Shrosbree, M. Appleton, C. Barry, I. Mackie and A. Rutherford came away from Henley Women’s Regatta as our first ever winners of the Senior Eights tropy.

2 solid days of racing started with a strong performance against the Villanova Wildcats on Friday setting up a semi final with  familiar opposition from the University of London. The racing was tight throughout  however in  the latter stages the Brookes rhythm led the girls out to a 3/4 length margin to set up a meeting with A.A.S.R. Skoll later that evening. After a cagey start with Skoll leaving the island with a seats advantage the Brookes quickly came back through to take a lead that they never relinquished, crossing the line to win by an official verdict of 1/2 a length.

The performance was the culmination of a strong season which has seen women’s rowing at Brookes go from strength to strength and the win clearly meant the world to everyone involved!